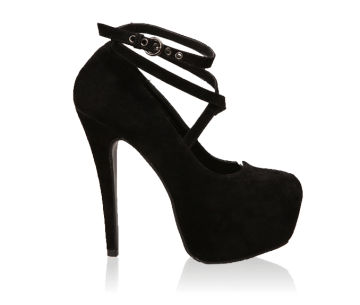 What You Can Learn from the Invention of High Heels

We know it’s hard inventing something completely new. Sometimes it’s enough to simply improve an existing product. The story behind the invention of high heels will show, how a product created as a simple solution to a problem evolved over time and became something entirely new.

Heels as a solution to a problem

High heels were not necessarily created to make one look beautiful and sexy, as it is the case today. They were designed to be practical and solve a problem as well.

Its exact origin is still debated, some claim that in Egypt the butchers used them to walk over the bloodied bodies of animal carcasses. Others say in Persia high heels were worn by men riding, as heels helped them secure their position in the stirrups allowing them to aim better. Yet another set of evidence places the origin in Venice, where prostitutes wore the platform shoes known as chopines, to appear taller and more elegant.

Can your idea fix a problem?
Submit it and let us help your invention see the light of day.

The invention was quickly adopted by The Western European aristocrats. Not out of practicality but because they believed the shoes made them look better, more powerful and masculine. For many years they were worn by both men and women and the shoe styles were almost the same. After 1660 women’s shoes became more elegant and used expensive materials.

As it is with many creations, the hype around high heels started to dwindle down, by around 1740 men had stopped wearing them. Women discarded them after the French Revolution.

The heels returned in the mid-19th century and they are still very popular. They are celebrated in movies, shows and elegant events. Famous fashion designers love to include them in their stylings and have made sure that heels are a must for every women fashionista.

“I don’t know who invented high heels,
but all women owe him a lot!”  — Marilyn Monroe

No need to invent; improve!

Think Manolo Blahnik, Christian Louboutin or Jimmy Choo, these men didn’t invent high heels. Yet when women think of high heels, these men come to mind. They have perfected high heels.
They and many others prove, you don’t need to invent a completely new thing, all you’ve got to do is improve what’s in front of you.

The sky is the limit as you can see from the invention of high heels.
They started as a ugly practical solution for men and turned into a piece of beauty desired by women around the world.