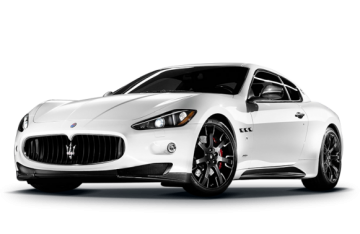 There are some ideas that are probably as old as the human kind. One is for people to be able to move faster, without tiring. Through centuries inventors have tinkered with it and we have moved from riding horses, to carriages, bicycles to cars. We look closely at the interesting story behind the invention of the modern car.

One idea, many inventors, different solutions

Many inventors have tried to come up with the solution that would make people move faster and effortlessly. To mention a few: Leonardo da Vinci sketched a horseless, mechanized cart, Nicholas-Joseph Cugnot built a self-propelled vehicle with a steam engine, Robert Anderson of Scotland invented the first electric carriage between 1832 and 1839.

Now we slowly come to the year 1886, more precisely, January 29, 1886 when Karl Benz patented his vehicle powered by a gas engine, Benz Patent Motorcar. This marks the beginning of the modern automobile.

With a little help from the family

How did Karl Benz a mechanical engineer from Germany create gas powered carriage and a built a car company that is today known as the Daimler Group - manufacturer of the Mercedes-Benz? With a little help from his family. More precisely his wife, Bertha Ringer.

Her dowry helped fund a factory specializing in building gas engines. With the money he was making from the factory, Karl Benz could focus on his passion and he started creating a carriage not drawn by horses but powered by gas. He finished the creation in 1885.

Along the way he also invented and patented the throttle system, speed regulation system, the ignition using sparks with a battery, the spark plug, the clutch, the gear shift, and the water radiator.

Can your idea solve a problem concerning cars?
Submit it and let us help your invention see the light of day.

The first model had many faults, some were fixed with Motorwagen Model 2, and in 1887 further modifications brought about Model 3. This too had some misgivings which were soon rectified. Again due to his wife’s assistance. Karl Benz’s wife was crucial in the next stage of the invention.

She and their two sons were the first to try out the latest of his models without his knowledge in the summer of 1888. The test drive helped him identify the problems he still needed to fix. It also showed the people who witnessed Bertha’s 180 kilometers’ trip to her mother’s home, what the purpose of this invention was.

You too can head out on the journey of the world’s first long-distance journey by automobile, the Bertha Benz Memorial Route from Mannheim via Heidelberg to Pforzheim and back.

Chipolo, the smallest and the most advanced Bluetooth item finder on a planet.

Today we can’t imagine our lives without a car. But Karl Benz probably never anticipated how lost we’d be if we’d misplace the car keys. We at Invetned4 know all about it, so we helped to spread Chipolo, the smallest and the most advanced Bluetooth item finder on the planet. This smart keychain prevents losing and helps you locate your belongings.