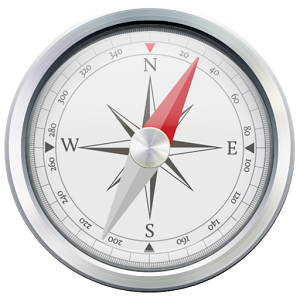 Things You Can Learn from the Invention of Compasses

“Where to now?” Long before Google Maps and GPS, travelers had to rely on the compass to follow the right direction. And despite the rise of many navigational systems this instrument is still in use today. Let’s look at the story of its invention.

Trying to predict the future

The first compass, an instrument for navigation and orientation, was created more than 2000 years ago, during the Han dynasty in China. It was made of lodestone, which aligns itself in a north-south direction.

Large deposits of magnetite, nicknamed lodestone, were found in the region of Magnesia in Asia Minor. That is how the mineral got the name – magnetite. These stones attract iron and other metal.

Do you have an invention we can help you with? Submit it now!

The first compass was a square slab with markings for the cardinal points and the constellations. The pointing needle was a lodestone spoon-shaped device with a handle that would always point south. In the 8th century AD -- again in China, magnetized needles replaced the spoon-shaped lodestones as direction pointers.

It is believed but not confirmed that various travelers brought the compass to Europe from China around the 12th century.

Because this instrument was of such importance to Europe, since they relied heavily on sea trade and military, they spent more time trying to perfect this instrument than the Chinese. And it’s in Europe that the story of the invention of compass continues.

The challenge with compass was now known as magnetic variation.  In Wikipedia it is explained like this:

This angle varies depending on position on the Earth's surface, and changes over time. In the Atlantic Ocean this variation was considerable.

In 1698, Edmund Halley was determined to measure Earth’s magnetic variations across the northern and southern regions of the Atlantic Ocean. This study of magnetism and trying to figure out how to improve the simple navigation tool, helped lay the groundwork for many other inventions and discoveries: electrostatics, advances in electric power generation, field equations, discovery of radio…

And despite the invention of many other navigational systems, compass is still used today. It’s far improved than those used in the beginning. Do you have one at home and do you know how to use it properly?

If you have an idea for an invention that you believe can shape the future, submit it to us and let us help it see the light of day.