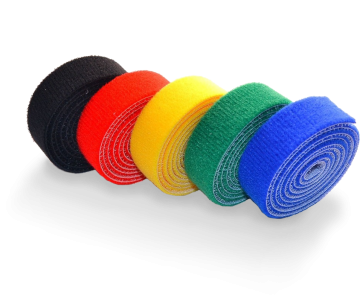 What You Can Learn from the Invention of a Velcro

Sometimes something as simple as a walk can lead to an epiphany. You go out and let your mind wonder and incredible things happen. So, when you are stuck, let the Nature help you out, as it did George de Mestral, the man responsible for the invention of Velcro, hook-and-loop fastener. Let’s see the story behind it.

On a summer day in 1941, Swiss engineer, Mestral, who was also a keen mountaineer took his dog for a walk. They came home covered with burrs (seeds with hooks). It got him thinking and because he was naturally curious he took a sample and observed it under his microscope. He wanted to determine how this plant managed to stick to some surfaces, believing the knowledge could prove useful.

He realized it was due to the small hooks which allowed the seed to attach itself to the loop in the fabric of his pants. He tried to copy this mechanism and called his invention 'Velcro' combining two French words for velvet "velour" and hook, "crochet”. Its goal was to replace the zipper. De Mestral was trying to find an easier way to fastening.

Wikipedia says, that the invention of hook and loop is viewed by some like Steven Vogel, American biomechanics researcher, as a key example of inspiration from nature or the copying of nature's mechanisms.

Despite the ridicule his idea caused, he was determined. De Mestral found one weaver in Lyon and with his help he improved the invention. They tried with cotton, but soon found nylon more appropriate. He also discovered that the best was for nylon to be sewn was under infrared light. This made tougher hooks for the burr side of the fastener.

Along the way he also invented and patented the throttle system, speed regulation system, the ignition using sparks with a battery, the spark plug, the clutch, the gear shift, and the water radiator.

Your idea might also be wild.
Submit it and let us help you realize it.

He needed ten more years to create a working mechanized process. In 1951 he completed the design and patent it. It was granted in 1955. De Mestral then established a company called Velcro Industries which produced and distributed this invention.

In the 60s, Nasa discovered Velcro fasteners and used it for Apollo astronauts. From then on, the use became more wide spread. Companies like Puma replaced laces with Velcro, Adidas and Reebok soon followed. In time velcro became a household name.

Now just think how many things you have at home that use this mechanism. It is indispensable.